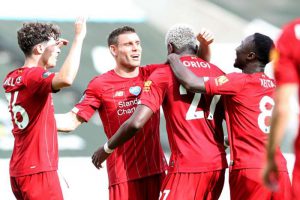 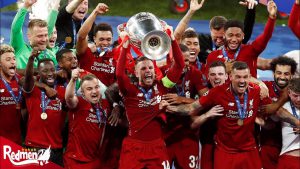 The club’s first English title for 30 years had been sealed almost a month ago with seven games remaining.

Liverpool’s players finally got their hands on the Premier League trophy on Wednesday in a muted presentation ceremony in front of an empty Kop after a thrilling 5-3 victory over Chelsea in their last home game of the season.

The club’s first English title for 30 years had been sealed almost a month ago with seven games remaining, following a three-month stoppage because of the COVID-19 pandemic.

Kenny Dalglish, the last Liverpool manager to deliver the title, presented the medals wearing a red face mask before handing the trophy to captain Jordan Henderson who raised it to the night sky as fireworks and tickertape filled the air.

Sadly, because of the pandemic that interrupted Liverpool’s charge to the title, the fans missed out on what would have been a momentous night at Anfield stadium.